As part of Fierce Female Reads, I am proud to share our list of nonfiction books with strong female leads. Find out what true stories made my list for this month-long event.

As part of the Fierce Female Reads February, I am excited to add my list of nonfiction books with strong female leads.

While I love fiction books and admire fierce females like Katniss Everdeen or Elizabeth Bennett, I thought it would be fun to spotlight some inspiring nonfiction books by female authors.

What do I mean by books with strong female leads? I want to share memoirs of women who have had to fight for themselves, biographies of independent women and even a motivational book that turns motivational books on their heads.

Reading about what real women have faced and conquered in their lives gives us all the courage to face our own challenges. As the song goes, “I Am Woman. Hear Me Roar.”

We’ve all seen the pictures of Elizabeth Eckford being screamed at as she tries to attend her first day of school at Central High School in Little Rock, Arkansas. But did you realize how long it took to integrate? Melba Pattillo Beals tells her memories of being part of the Little Rock Nine: of her oppressing junior year protected at times by the 101st Airborne Division and at times left alone to face the horrors laid upon by the other students. Of all the books we’ve read, Warriors Don’t Cry will make you angry at race relations in the 1950s and make you wonder about how we handle the same and similar issues today. 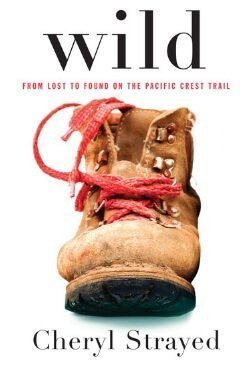 Sometimes it takes doing something crazy, like hiking the Pacific Crest Trail, for you to truly put your life in order. By 22, Cheryl Strayed’s life felt out of control, so she decided to make a life-changing decision to hike the PCT. Her story (and the subsequent movie) have inspired many women to search to find themselves in similar fashion. So if your life, your job, or your friends are not what they ought to be, you’ll be inspired to reset your life to find your focus.

We can’t begin to describe how incredible this book is. Instead of telling you her life story, Maggie O’Farrell gives you glimpses into her life through separate incidents where she brushed against death, which has occurred surprisingly often. From a childhood illness to near-fatal accidents to miscarriage, O’Farrell gives you such an intriguing look not just at how she has almost died, but more importantly how she has lived. If you are looking to listen to books that move you, the outstanding narration of the audiobook makes it a great choice. 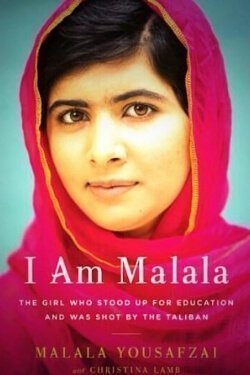 Living in Pakistan as the Taliban took over her valley, Malala’s advocacy for women’s education led her to international recognition and an assassination attempt by the Taliban. Her autobiography will inspire you to stand up for your beliefs because one ordinary girl can change the world. 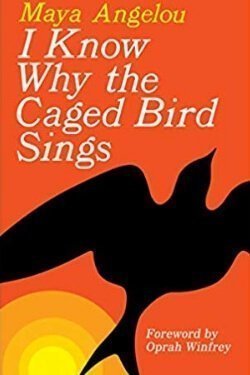 I Know Why the Caged Birds Sing

Poet Maya Angelou’s memoir of the early years of her life is touching and heartbreaking all at the same time. Growing up with her grandmother in a small Southern town, she details how affecting the segregation was as a young black girl, as well as the feeling of abandonment from her mother. Covering many hard topics – including her sexual assault at a young age – I Know Why the Caged Birds Sing makes my list of nonfiction books with strong female leads complete by detailing the life of such a fierce female. 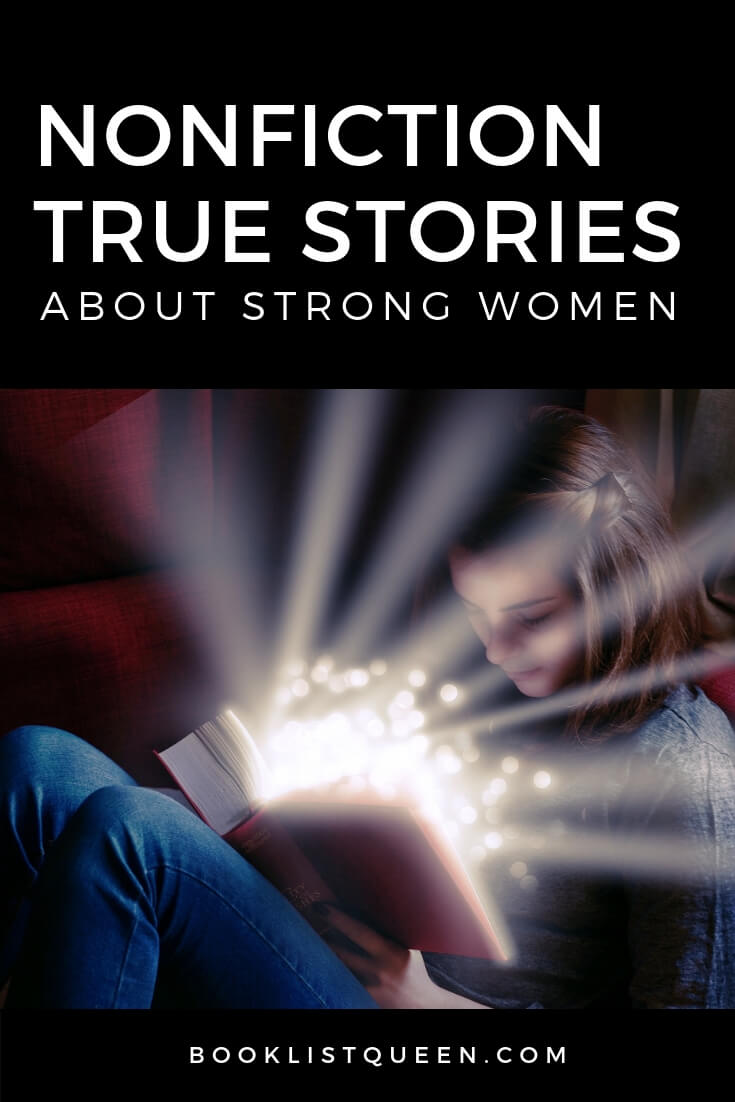 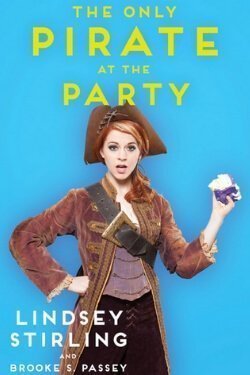 The Only Pirate at the Party

I have to say, I adore Lindsey Stirling. I knew her in college before she became famous, and she is just as fun and quirky in real life as she seems on tv. Many people would discount her from being included in nonfiction books with strong female leads because she didn’t overcome a horrible childhood like many others. But I found her memoir inspiring. Over and over again, she was told there was no market for a dancing violinist – so she went and made one. Combine that with her struggle against anorexia, and I feel you have one fierce female. 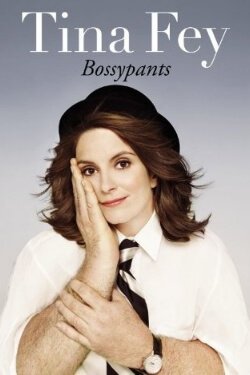 If you are looking for humorous books with strong female leads, Bossypants should be at the top of your list. Comedian Tina Fey’s memoir shows she is a perfect example of a fierce female – a woman who knows what she wants, is willing to admit her faults, and is determined to show everyone that women can be just as good at comedy as any man. 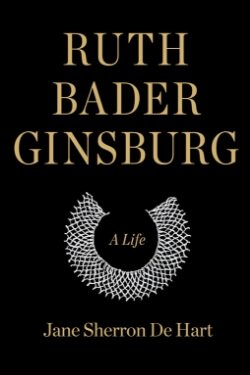 Respected throughout the law profession for her jurisprudence and consistent legal theory, Ruth Bader Ginsburg has recently taken on almost a cult following. Jane De Hart recounts Ginsburg’s life from childhood to law professor to Supreme Court Justice. Ginsburg made a life of creating opportunities where they hadn’t existed, striking a balance between having an exceptional career and family, and fighting gender discrimination. 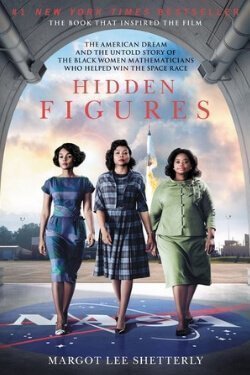 Can I admit that I have not read this book or watched the movie? Telling of the true story of NASA’s African-American female mathematicians, this book should be right up my alley, since I studied mathematics in college. Segregated from their white colleagues, these fierce women used pencil and paper to calculate the physics needed to launch men to the moon. I’ve heard complaints that the writing is dry but the characters are fascinating. I can’t wait to find out for myself. 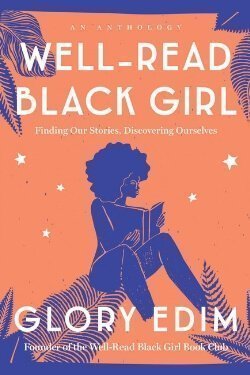 Glory Edim, the founder of the popular book club Well-Read Black Girl, has compiled this motivating collection of essays from black female authors. With such big names as Jesmyn Ward (Sing, Unburied, Sing), N. K. Jemisin (The Fifth Season), Tayari Jones (An American Marriage) among others, you won’t find any better nonfiction books with strong female leads anywhere. Telling of how they found themselves in literature, these fierce females will inspire you to remember the value of a story. 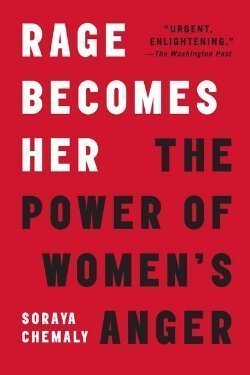 Topping the list of recent nonfiction feminist books is Rage Becomes Her. Chemaly takes the self-help genre and turns it on its head by declaring that our rage is good. She believes that we can harness our rage and use it to change the world. We haven’t read this book yet, but we are excited to give it a try.

What books with strong female leads have inspired you?