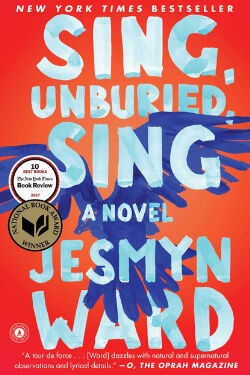 Jojo is thirteen years old and trying to understand what it means to be a man. He doesn’t lack in fathers to study, chief among them his Black grandfather, Pop. But there are other men who complicate his understanding: his absent White father, Michael, who is being released from prison; his absent White grandfather, Big Joseph, who won’t acknowledge his existence; and the memories of his dead uncle, Given, who died as a teenager.

His mother, Leonie, is an inconsistent presence in his and his toddler sister’s lives. She is an imperfect mother in constant conflict with herself and those around her. She is Black and her children’s father is White. She wants to be a better mother but can’t put her children above her own needs, especially her drug use. Simultaneously tormented and comforted by visions of her dead brother, which only come to her when she’s high, Leonie is embattled in ways that reflect the brutal reality of her circumstances.

When the children’s father is released from prison, Leonie packs her kids and a friend into her car and drives north to the heart of Mississippi and Parchman Farm, the State Penitentiary. At Parchman, there is another thirteen-year-old boy, the ghost of a dead inmate who carries all of the ugly history of the South with him in his wandering. He too has something to teach Jojo about fathers and sons, about legacies, about violence, about love.

“Sorrow is food swallowed too quickly, caught in the throat, making it nearly impossible to breathe.”

“Sometimes the world don’t give you what you need, no matter how hard you look. Sometimes it withholds.”

“Ain’t no good in using anger just to lash. You pray for it to blow up a storm that’s going to flush out the truth.”

“It stays with me, a bruise in the memory that hurts when I touch it.”

Jesmyn Ward was the first woman to win two National Book Awards for Fiction: in 2011 for her second novel, Salvage the Bones; and again in 2017 for Sing, Unburied, Sing. Her memoir Men We Reaped was published in 2013. She is currently an associate professor at Tulane University. 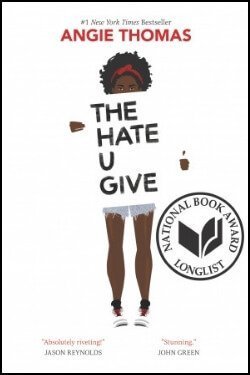