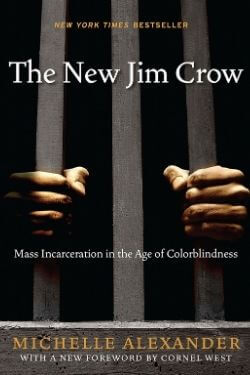 “Jarvious Cotton’s great-great-grandfather could not vote as a slave. His great-grandfather was beaten to death by the Klu Klux Klan for attempting to vote. His grandfather was prevented from voting by Klan intimidation; his father was barred by poll taxes and literacy tests. Today, Cotton cannot vote because he, like many black men in the United States, has been labeled a felon and is currently on parole.”

As the United States celebrates the nation’s “triumph over race” with the election of Barack Obama, the majority of young black men in major American cities are locked behind bars or have been labeled felons for life. Although Jim Crow laws have been wiped off the books, an astounding percentage of the African American community remains trapped in a subordinate status–much like their grandparents before them.

In this incisive critique, former litigator-turned-legal-scholar Michelle Alexander provocatively argues that we have not ended racial caste in America: we have simply redesigned it. Alexander shows that, by targeting black men and decimating communities of color, the U.S. criminal justice system functions as a contemporary system of racial control, even as it formally adheres to the principle of color blindness. The New Jim Crow challenges the civil rights community–and all of us–to place mass incarceration at the forefront of a new movement for racial justice in America.

Quotes from The New Jim Crow

The nature of the criminal justice system has changed. It is no longer primarily concerned with the prevention and punishment of crime, but rather with the management and control of the dispossessed.

In the era of colorblindness, it is no longer socially permissible to use race, explicitly, as a justification for discrimination, exclusion, and social contempt. So we don’t. Rather than rely on race, we use our criminal justice system to label people of color “criminals” and then engage in all the practices we supposedly left behind.

African Americans are not significantly more likely to use or sell prohibited drugs than whites, but they are made criminals at drastically higher rates for precisely the same conduct.

Like Jim Crow (and slavery), mass incarceration operates as a tightly networked system of laws, policies, customs, and institutions that operate collectively to ensure the subordinate status of a group defined largely by race.

Michelle Alexander is a civil rights lawyer, legal scholar, a visiting professor at Union Theological Seminary, and a columnist for the New York Times. She is also the author of The New Jim Crow. Alexander currently lives in Columbus, Ohio. Visit the author’s website → 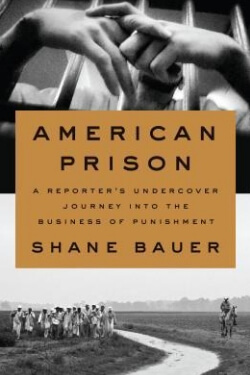